Geeking with Destination Venus Episode #51: She-Hulks and other Women of Science

"What's on the Rack?" Issue #13: Buffy turns 25 in Astro City as Batman Fazes beyond White Knights

"What's on the Rack?" #10: Cap Carter? Hit Me with Solo Amazons & Punishing Wraiths you Monster!

The Daily Waffle: Episode One Hundred!!!!

OUR DELIVERY IS LATE THIS WEEK Diamond sent it to the Cinema. I should have everything tomorrow. DREDD-FULLY IMMERSIVE Drokk! You will soon be able to visit the Big Meg! Well, sort of. Opening next spring, Judge Dredd: Uprising! The Live Experience will feature five separate zones of physical and mental challenges, a lazer tag arena and everything else you need to immerse yourself in the world of Mega-City One. Check out the trailer! CBLDF BOARD MEMBERS STEP DOWN Following th

WE HAVE NEWS ABOUT THE RE-OPENING OF DESTINATION VENUS! We can't tell you much, because we aren't announcing the date yet - but here's the road map we have so far: We're not re-opening on 4th July, because the cinema isn't - so you will have to wait for us a little longer. We have a date for the re-opening of the Everyman Harrogate, but they haven't announced it yet and we don't want to scoop them. When we do re-open, initially at least, hours will be limited and as a result

NO VIDEO TODAY - WE'RE STILL EXPERIENCING TECHNICAL DIFFICULTIES RIP MILTON GLASER If you're not a design nerd, you might not have heard of Milton Glaser, who has died aged ninety one. From a comics point of view, he's the guy who designed the "DC Bullet" logo - this one: This is still the logo I think of when I think of DC Comics. Others may know him for this: His name may not be well known - but his work will live on. WE STILL DON'T KNOW WHEN WE'RE RE-OPENING, BUT EXPECT NE

NO VIDEO TODAY - WE'RE EXPERIENCING TECHNICAL DIFFICULTIES THE BOYS ARE BACK IN TOWN Or at least they will be soon - the second season of the TV adaptation of Garth Ennis's foul mouthed, blasphemous, politically incorrect, purile, violent and gratuitously offensive masterpiece hits Amazon Prime on 4th September. We confess to having thoroughly enjoyed season one, having previously thought the series to be unfilmable. It certainly shows the adaptation of Ennis's other opus Pre

ANOTHER GIANT LEAVES US. REST IN PEACE JOE SINNOTT Joe Sinnott, one of the finest inkers ever to grace a comics page has left us aged 93. Perhaps best known for his work inking over Jack Kirby - notably on The Fantastic Four, Sinnott's relationship with Marvel actually stretched right the way back to 1951, in the days when the company was still publishing under the Atlas Comics label. There will be more detailed obituaries written about this great artist today, and tributes f

CONNECT WITH DC TO SEE WHAT THEY'RE BRINGING OUT IN JULY AND AUGUST As you may know, DC comics are no longer being distributed by Diamond in the US, and although Diamond UK will be handling DC until at least the end of the year, they will no longer be listed in Previews. DC (which, like Marvel has had its product listed in a separate catalogue distributed alongside Previews for some time) is now taking it's catalogue entirely in house with the launch of DC Connect. We have no

INTRO Welcome to "What's on the Rack?" New Comic Book Day, Wednesday 24th June 2020! See the full rack on the website HERE. ISSUE #1s AND BOOKS OF NOTE THIS WEEK DC IMPRINTS (SANDMAN UNIVERSE AND HILL HOUSE) DC COMICS IMAGE COMICS MARVEL COMICS NON-IMAGE INDIES THE OVER SIZED STUFF That's everything for this time - see you next week for the next "What's on the Rack?"

WE STILL DON'T KNOW WHEN WE'RE RE-OPENING, BUT EXPECT NEWS SOON Nothing it add to that really - we'll let you know. DETAILS EMERGE ABOUT SANDMAN/LOCKE & KEY CROSSOVER Joe Hill has been talking about the forthcoming crossover into the Sandman universe, confirming that Neil Gaiman is consulting on the project and suggesting that they might well not make their original October release date. Get the full details at CBR HERE. WOMEN TO FOLLOW Here are some Twitter accounts to start

MICHAEL KEATON TO REPRISE HIS ROLE AS BATMAN!!!!!!!!!! Not a drill! Not an imaginary story! Keaton is in talks to return to his role as Batman in the Flash movie - which looks like it's going to be based on the "Flashpoint" story line, meaning he might well not be the only Batman. Given the less than positive views regarding the DCEU's output so far I wouldn't be surprised if they were to use the Flashpoint concept as a bit of a soft reboot - allowing them to keep the bits th 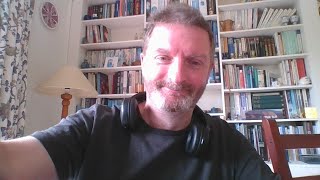 MORE CHANGES TO THE DESTINATION VENUS WEBSITE. Not a lot of news today, so just a quick bit of housekeeping. We're continuing to work on the website, and will have the full rack for Wednesday up by the end of the day for your perusal. We've also added the titles shipping in July - which is as accurate as we can make it. Titles for August will be up in the next day or so. (I'm uploading them now, so bear with me. Beyond that, I'm working on a system that will allow you to view
1
23