Geeking with Destination Venus Episode #51: She-Hulks and other Women of Science

"What's on the Rack?" Issue #13: Buffy turns 25 in Astro City as Batman Fazes beyond White Knights

"What's on the Rack?" #10: Cap Carter? Hit Me with Solo Amazons & Punishing Wraiths you Monster!

DIAMOND HAS DATES!!!!!!!!!! OK. Diamond UK has finally come up with some (understandably) tentative dates. We already had 11th May as the date for the delivery of the product that was intended for release back on March 25th. They are now suggesting 20th May as the date for the resumption of regular, weekly deliveries. So - if all goes according to plan, we can begin to get back to normal sometime soon. I have no idea if the shop will be able to be open by then - we are depend

DIAMOND REMAINS SILENT - BUT THE BOSS IS LIVE ON THE WEB TONIGHT! The brief update we got on Sunday suggested that more information would follow on Monday. Well, while there's a lot of info online about what is happening in the US, we're still waiting. As I said yesterday, this isn't a complaint as such - I imagine that the logistics of getting product from a mostly shut down United States across the Atlantic to a mostly shut down UK are particularly nightmarish, so we're hap 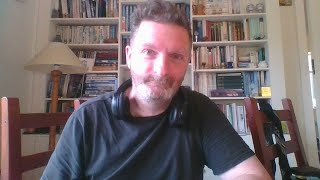 STILL NO UPDATE FROM DIAMOND Although the order deadline for April Previews has been extended, so you might want to check out the online version at the link below. There's still time to get your advance orders in. GEOFF JOHNS ATTACHED TO GREEN LANTERN TV SHOW Johns has a long history with the Lanterns - he wrote the comic for eight years or so, and was responsible for introducing the concept of the "emotional spectrum", alongside many other events and storylines now considere 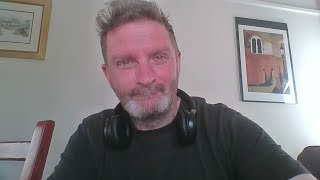 NO INFO YET FROM DIAMOND UK The Wafle is late today because we were hoping to have an update regarding the reopening of Diamond. Nuffin yet - we'll keep you posted... WE HAVE NO OTHER NEWS Yep. it's a really slow news day. WATCH STARCOPS! One of the most underrated SF shows of all time, this is a gritty near future crime drama made by the BBC in the mid eighties. Reluctantly reassigned from a case involving a mysterious drowning, Chief Inspector Nathan Spring, shortlisted fo 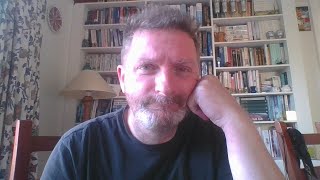 DIAMOND BEGINS TO SHOW SIGNS OF REOPENING Don't get too excited, but as DC confirm they are putting some titles on "Final Order Cutoff" (which is industry speak for "these titles are about to go to print, so if you don't order them now you can't be sure to get any") regardless of whether Diamond is operating or not, Diamond UK have contacted retailers to tell us that they will definitely have those titles available to order. No actual details beyond that yet, we're expecting 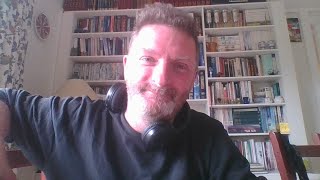 MARVEL MAINTAINS STEADFAST COMMITMENT TO NOT RELEASING NEW CONTENT UNTIL IT CAN BE IN STORES Which as a retailer I have to say I rather appreciate. Marvel confirms that unlike DC, they will absolutely not be releasing new digital content next week. This means there has been no new Marvel stuff for five whole weeks, and that must be hurting. As previously reported DC has sought other methods of distribution - we will watch with interest how that pans out. A rather interesting

COULD KEVIN SMITH AND JOE QUESADA RETURN TO DAREDEVIL? "Probably not", would be our guess, given that this whole story comes out of some idle Twitter chatter between the two about a possible sequel to their acclaimed Guardian Devil storyline from the late nineties. What Kevin Smith actually said was: "Part of me is just like, 'Never touch the character again,' A miracle happened, and your name is attached to that miracle, so don't ruin the miracle by going 'Let me tell you an

The Geeks at the Gates (and on the Radio) Episode 52: Corrupting Alice, the Doctor Who Sessions cont

As Alice continues her exploration of modern Doctor Who, and joins Hat and Regie over Skype to discuss what became known as "The Year of Specials" featuring the Tenth Doctor, as portrayed by David Tennent. Click the image below to go to the download page, or search "Geeks at the Gates" wherever fine pods are casted. In the discussion of the special "Planet of the Dead" we all struggled with the name of the actor who played Barclay, and went on to star as Chris in the movie Ge

NEW "FEMALE CENTRIC" STAR WARS SERIES IN DEVELOPMENT I always wonder why studios use terms like "female centric" in press releases because it doesn't really mean anything. Would you describe The Mandolorian as "male centric"? Anyway. More Star Wars, which we're always minded to regard as a good thing. Leslye Headland, the creative brain behind the hit Netflix series Russian Doll is at the helm, and that's pretty much all we know - Lucasfilm/Disney are being unsurprisingly sil

The Daily Waffle: Episode Thirty One

SANDMAN SERIES "READY TO GO" AT NETFLIX There's probably a full scale Wednesday Waffle in this story. Gaiman's Sandman is arguably one of the most influential comics series ever written - if you were a slightly pretentious student type in the nineties (and, dear reader, I really, really was) it was absolutely the "go-to" book. As a narrative it's a series that still stands up, and still sells well, but do we need a TV version? Well, we're getting one. Over on his Tumblr page
1
234